Each year, the APBF solicits and edits a new “New and Selected” volume or a “Collected Works” volume by a major living African poet of influence, in recognition and celebration of this poet’s body of work and contribution to African and world literature at large. 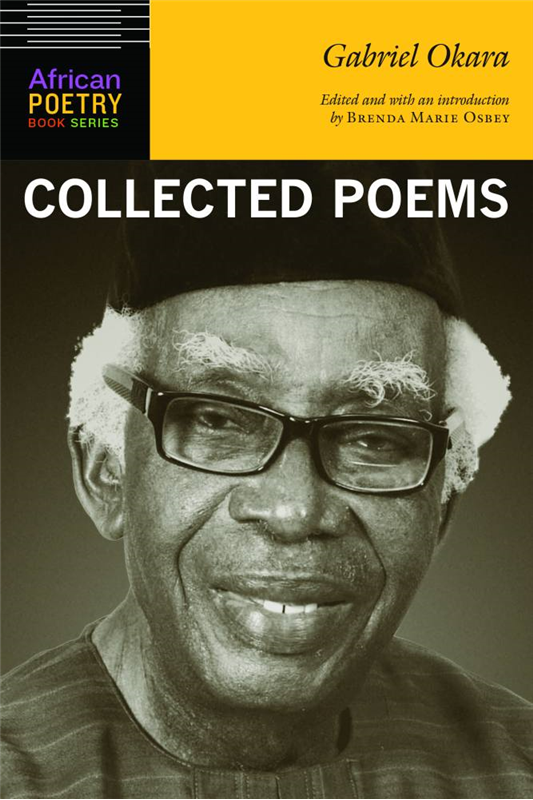 Gabriel Okara is a prize-winning author whose literary career spans six decades. Rightly hailed as the elder statesman of Nigerian literature and the first Modernist poet of anglophone Africa, he is best known for The Fisherman’s Invocation (1978), The Dreamer, His Vision (2005), and for his early experimental novel, The Voice (1964). Arranged in six sections, Gabriel Okara: Collected Poems includes the poet’s earliest lyric verse along with poems written in response to Nigeria’s war years; literary tributes and elegies to fellow poets, activists, and loved ones long dead; and recent dramatic and narrative poems. The introduction by Brenda Marie Osbey contextualizes Okara’s work in the history of Nigerian, African, and English language literatures. Gabriel Okara: Collected Poems is at once a treasure for those long in search of a single authoritative edition and a revelation and timely introduction for readers new to the work of one of Africa’s most revered poets.
2016. University of Nebraska Press.
Preorder Okara's Collected Poems. 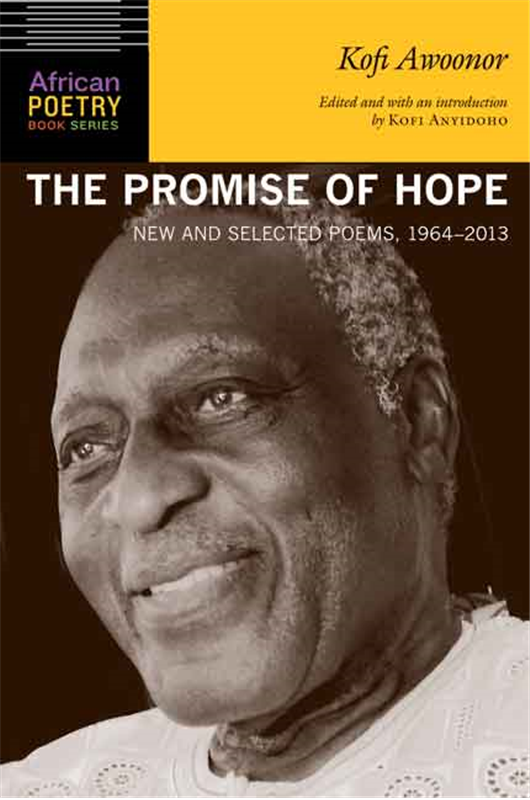 Kofi Awoonor was one of Ghana’s most accomplished poets, who for almost half a century committed himself to teaching, political engagement, and the literary arts. The Promise of Hope is a beautifully edited collection of some of Awoonor’s most arresting work spanning almost fifty years. Selected and edited by Awoonor’s friend and colleague Kofi Anyidoho, himself a prominent poet and academic in Ghana, The Promise of Hope contains much of Awoonor’s most recent unpublished poetry, along with many of his anthologized and classic poems and a preface by APBF Director, editor, and poet Kwame Dawes, who is available to speak publicly about Awoonor’s life and work.
2014. University of Nebraska Press.
Order The Promise of Hope.