Otoniya Juliane Okot Bitek is an Acholi poet. Her 100 Days (University of Alberta 2016) a book of poetry that reflects on the meaning of memory two decades after the Rwanda genocide, was nominated for several writing prizes including the 2017 BC Book Prize, the Pat Lowther Award, the 2017 Alberta Book Awards and the 2017 Canadian Authors Award for Poetry. It won the 2017 IndieFab Book of the Year Award for poetry and the 2017 Glenna Luschei Prize for African Poetry. Otoniya’s poem “Migration: Salt Stories” was shortlisted for the 2017 National Magazine Awards for Poetry in Canada. Her poem “Gauntlet” was longlisted for the 2018 CBC Poetry Prize and is the title of her most recent work, a chapbook with the same title from Nomados Press (2019). She lives and works on the unneeded, ancestral and traditional lands of the Musqueam, Squamish and Tsleil-Waututh lands in Vancouver, Canada. 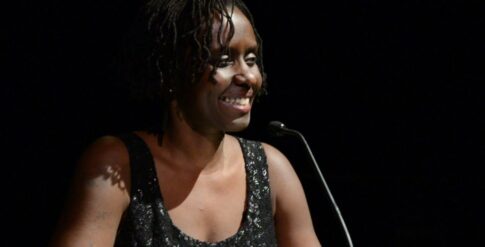