Novelist, poet, essayist, and critic Benardine Evaristo is a Reader in Creative Writing at Brunel University London. She is author of eight works of fiction and verse fiction and plays. She has edited several anthologies and literary magazines and is the founder of the Brunel International African Poetry Prize. Winner of numerous awards, she was elected a Fellow of the Royal Society of Literature in 2004 and a Fellow of the Royal Society of Arts in 2006. Evaristo received an MBE in the Queen’s Birthday Honors List in 2009. Her novel Girl, Woman, Other won the Booker Prize 2019, and in 2020, the British Book Award’s Author of the Year and Fiction Book of the Year, and the Indie Book Award for Fiction. 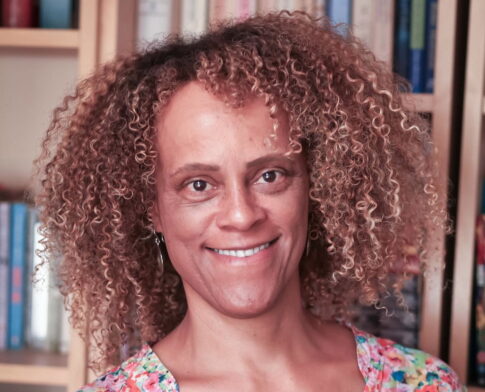