We’re so excited to be ushering three new books into the world this spring: ‘Gbenga Adeoba’s Sillerman-Prize-winning Exodus and full-length debuts by two other poets who also published chapbooks in our New-Generation African Poets series, Thabile Makue’s ‘mamaseko and Romeo Oriogun’s Sacrament of Bodies.

Alicia Ostriker, New York state poet laureate and author of Waiting for the Light, praised Adeoba’s book, saying, “There is both passion and beauty in Adeoba’s work, framed by what seems an acute sense of the power of language to capture reality. To capture and reveal truth, shrouded in all its scars, alive somehow with hope. History demands that images of drowning surge through Adeoba’s Exodus. The Mediterranean is ‘a grave wide enough for the numbers,’ we too ‘could become a band of unnamed migrants / found floating on the face of the sea,’ and ‘you could find trinket boxes or a girl’s / plastic doll in that rubble. . . . / The tiny things are heavier.’ Yet the poet can still imagine shorebirds’ songs ‘urging men to love again, calling / them to images craving tenderness.’ For poetry too is a tiny thing, and a heavy one.”

Makue’s ‘mamseko, named after the poet’s mother, is a collection of introspective lyrics and other poems dealing with the intersections of blood relationships and related identities. Makue questions what it means to be beings of blood—to relate by blood, to live by blood. In her poems Makue looks for traces of shared trauma and pain and asserts that wounds of the blood are healed by the same.

And lya Kaminsky, author of Deaf Republic, had this to say about Oriogun’s full-length debut: “Sacrament of Bodies is a very special book. But why? Because Romeo Oriogun has developed a style that is both personal and mythical, because these poems are sensual and spiritual at once, because they give us both a story and a song, a shout and a whisper. ‘I have learnt to love every broken thing,’ Oriogun tells us. I find that Oriogun’s tension between the high style of a sermon and the earthiness of love songs gives these poems a particularly memorable touch. It is memorable also because it is able to give us a journey (through time, through forgetting, through elegy, through exile) that is both a story of a real man in real time and an incantation, a speaking in tongues. But it is his music that finally sways me, it’s music that lifts it all, that makes out of truth-telling a song. The music works here because Oriogun is a master of incantation: ‘I danced,’ he tells us, ‘as if I knew every song had a door.’ Indeed. I love this beautiful, heart-wrenching, passionate book.”

From their front covers to their last pages, these books are beautiful and affecting. We’re honored to be publishing them, and we hope you’ll read them! 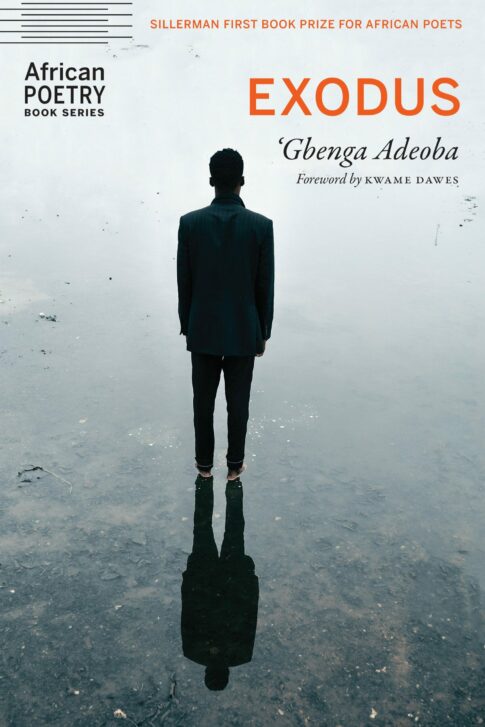