Ficre Ghebreyesus was born in Asmara, Eritrea. He left the country as a political refugee. He studied painting at the Art Students’ League and printmaking at the Bob Blackburn Printmaking Workshop, both in New York City. He earned an MFA at Yale University where he was award- ed the Carol Scholssberg Prize for Excellence in Painting. Ghebreyesus lived in New Haven with his wife Elizabeth Alexander and their sons Solomon and Simon. From 1992-2008, he was executive chef and co-owner with his brothers of the Caffe Adulis. He died unexpectedly in April 2012. 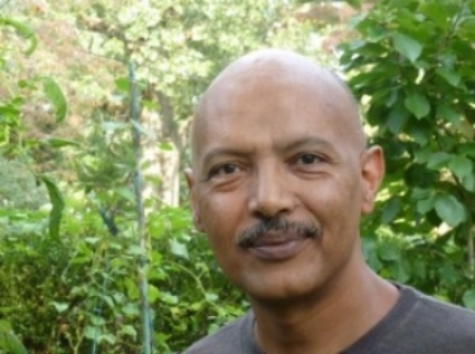