Rethabile Masilo is a Mosotho poet from Lesotho and lives in Paris, France. In 2014 his poem ‘Swimming’, published in New Coin Poetry, Vol 49, N°1 and later in his 2nd book, Waslap, won the Dalro First Prize in South Africa, and then the Thomas Pringle Award for Poetry in Periodicals in 2015. Rethabile was born in 1961 in Lesotho and was exiled with his family in 1981.

In 2012 Things That Are Silent was published by Pindrop Press. The second book, Waslap, was published in 2015 by The Onslaught Press. Then came Letter to Country by Canopic Publishing in 2016. That same year he was part of the 20th Poetry Africa Festival, where he also represented The World Poetry Movement. His second book, Waslap, was awarded the Glenna Luschei Prize for African Poetry by the African Poetry Book Fund.

Rethabile’s fourth personal collection of poems, Qoaling, was published in 2018 by the Oxford-based The Onslaught Press. He is the editor of To Kingdom Come, voices against political violence, and co-editor (with Mathew Staunton) of another anthology, For the Children of Gaza, both published by The Onslaught Press. 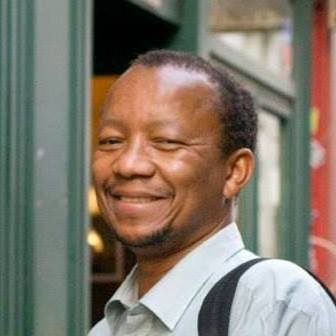