Gabeba Baderoon, an Editorial Board member and one of the prize judges, says of Elhillo’s winning manuscript, “The poems demonstrate a riveting sense of the power of language.  They are alert to history and formally compelling as well.” She continues, “There is an alluring sense of wholeness to the collection.  The themes flow convincingly from poem to poem, and the voice is so confident that I trust the speaker to lead me through sensitive and risky territory.” 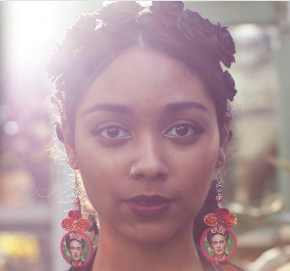 Safia Elhillo is Sudanese by way of Washington, DC. A Cave Canem fellow and poetry editor at Kinfolks Quarterly, she received an MFA in poetry from the New School. Safia is a Puschcart Prize nominee and joint winner of the 2015 Brunel University African Poetry Prize. Her chapbook, also titled Asmarani, is forthcoming as part of New Generation African Poets: A Chapbook Box Set (Tatu), from the African Poetry Book Fund with Akashic Books. Her work has also appeared in several publications and in the anthologies The BreakBeat Poets: New American Poetry in the Age of Hip-Hop and Again I Wait for This to Pull Apart.

The poem “Date Night with Abdelhalim Hafez,” a celebrated Egyptian singer in the mid-twentieth century to whom many of the poems are addressed, is excerpted below:

i’m not looking for anything serious         just someone to watch

Elhillo is the fourth poet to win the annual Sillerman prize, following 2015 winner Mahtem Shiferraw, whose book Fuchsia will be released in April, Ladan Osman, whose book The Kitchen Dweller’s Testimony was published in spring 2015, and the inaugural winner of the prize, Clifton Gachagua, whose book Madman at Kilifi was released in 2014.

In describing the process of selecting a winning manuscript, Dawes says, “We never have a set number of finalists, but each year a few manuscripts become serious contenders for the top award and those are important enough for us to name them as finalists.  This year there were six such collections, including the winning manuscript.  This is very exciting for African poetry.”

Of the variety and diversity of the work submitted to the prize and represented among these finalists, Dawes says, “We are especially excited to have had a good showing of women poets in our general pool and among our finalists. We continue to be proactive about seeking out and encouraging women to complete and submit manuscripts for consideration.”

The APBF sincerely thanks all the poets who submitted manuscripts to the Sillerman Prize. The 2017 Sillerman First Book Prize for African Poets will open September 1 to submissions of manuscripts by African poets who have not yet published a full-length collection. To learn more about the African Poetry Book Fund and its initiatives, visit www.africanpoetrybf.unl.edu. Or, stay connected on Twitter or Facebook. More information about Prairie Schooner is available at http://prairieschooner.unl.edu/.

The APBF promotes and advances the development and publication of the poetic arts of Africa through its book series, contests, workshops, and seminars and through its collaborations with publishers, festivals, booking agents, colleges, universities, conferences and all other entities that share an interest in the poetic arts of Africa.
The APBF is supported by an international complex of additional collaborations and partnerships. Read more about our Partners.