Tanella Boni is a major African poet, and this book, The Future Has an Appointment with the Dawn, is her first full collection to be translated into English. These poems wrestle with the ethnic violence and civil war that dominated life in West Africa’s Ivory Coast in the first decade of the new millennium. Boni maps these events onto a mythic topography where people live among their ancestors and are subject to the whims of the powerful, who are at once magical and all too petty. The elements—the sun, the wind, the water—are animated as independent forces, beyond simile or metaphor. Words, too, are elemental, and the poet is present in the landscape—“during these times / I searched for the letters / for the perfect word.” Boni affirms her desire for hope in the face of ethno‑cultural and state violence although she acknowledges that desiring to hope and hoping are not the same.

The dawn counted its nomadic steps / to the border.’ Tanella Boni’s translucent, extraordinary poems transform usually ineffable explorations of war, violence, and the ever-tangled exit out of these realities, into meticulous experiences that––while rendered elegantly––nevertheless leave the reader face to face with the horror of our own humanity. Boni not only expands poetry’s possibilities (‘ordinary life / between routine and rupture’), but in searing, unique, meticulous language, her work challenges the limit of writing itself.

Robin Coste Lewis, author of Voyage of the Sable Venus, winner of the National Book Award

Todd Fredson ably captures the images, structure, and tone of Boni’s poetic landscape in a project supported in part by the National Endowment for the Arts. No doubt Fredson’s extended visits to the Ivory Coast (first, as a Peace Corps volunteer, and then as a Fulbright Fellow), as well as the fact that he is a prizewinning poet in his own right, have informed this exciting translation. 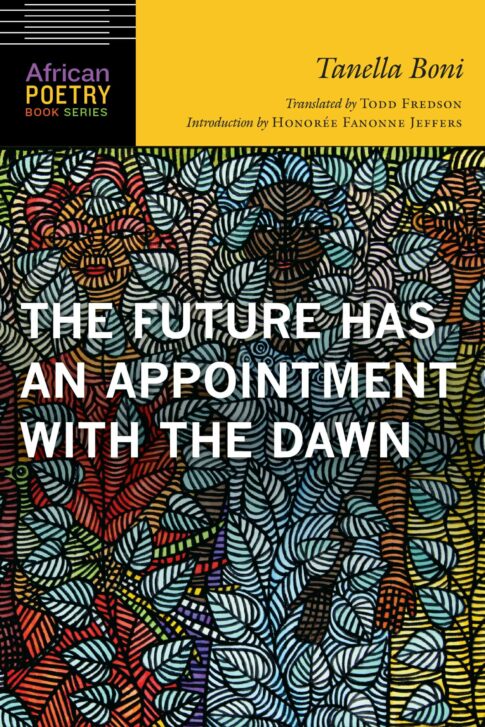 Your Crib, My Qibla Modern Sudanese Poetry: An Anthology In A Language That You Know Think of Lampedusa ‘mamaseko Your Body Is War