Your Body Is War contemplates the psychology of the female human body, looking at the ways it exists and moves in the world, refusing to be contained in the face of grief and trauma. Bold and raw, Mahtem Shiferraw’s poems explore what the woman’s body has to do to survive and persevere in the world, especially in the aftermath of abuse. A groundbreaking collection, the poems in Your Body Is War embody elements of conflict, making them simultaneously a place of destruction and of freedom.

This is a collection of harrowing, prismatic lyrics made by severances and war and possessed by memory and place. In a language that dilates between the epic and the humble, nearly invisible, Mahtem Shiferraw does not once allow readers to imagine that war is anything but bodied, personal, inherited. Shiferraw’s work is elemental, brilliant, fierce; and with mystery and exactitude, she pushes language past itself and into breathtaking resonances. There are lines I will never forget for their power and for what they reveal about how this poet’s thinking shapes the terms of her and her speakers’ survival(s). ‘I am yellow, / I have yellow in me // and it does not / let me die.’ I believe these poems are part of that survival—a trace, a strategy, a prayer record assembled in the ruin of Then that is perpetual, that is also always Now.

As Shiferraw refuses silence, rejects erasure, she braids the pain of women she loves into her poetry. Indeed, the poet writes on a continuum, refusing boundaries. And in so doing, Your Body Is War gives the reader stunning poems that re-create the pain and triumph of women the world would rather unsee. 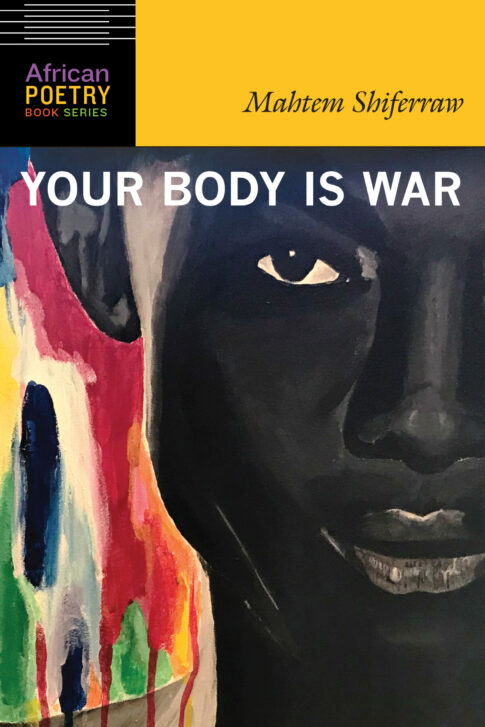