Thabile Makue‘s ‘mamaseko is a book about blood. It deals with blood relationships. It asks questions about what it means to be beings of blood. Chekwube Danladi wrote about ‘mamaseko for the Kenyon Review. “Blood” is the third word in Danladi’s piece. “It is blood that becomes the vehicle for entry into these poems,” Danladi writes. “Makue insists that we travel the body through the activated power of blood, to have empathy for what the heart must endure, where the most forceful rushes of blood surge past.” The heart figures prominently in Makue’s poem “grandmother’s womb”:

“Makue’s speakers wield their anguished bodies without indignity, turning the scorn from an eternally oppressive world inward, where pain is taught to settle in for generations,” Danladi writes. “Where damage is left to degrade the host body, where it now does harm without consciousness.” Suffice to say, this is one of those rare reviews wherein Danladi’s incisive commentary lights up Makue’s already luminous poems. Danladi writes: “In keeping counsel with the dead and living, the voices in ‘mamaseko come to recognize that through blood, love vacates, though it may later return; the terror of hunger becomes transformative, destructive; pleasure, too, rises and spreads blissfully throughout.” Click here to read the full review. For more from Makue, buy ‘mamaseko. For more from Danladi, buy Semiotics, her Cave Canem Poetry Prize-winning debut. And for more from Makue and Danladi, grab a copy of New-Generation African Poets: A Chapbook Box Set (Nne), which contains Makue’s chapbook i know how to fix myself and Danladi’s chapbook Take Me Back. 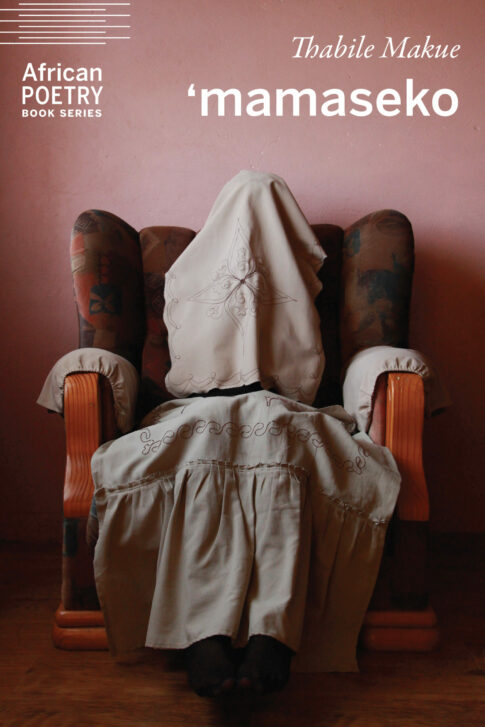