Joan Meterlerkamp’s eighth collection, Now the World Takes These Breaths (Modjaji Books, 2014), is one of three finalists selected for the 2015 Glenna Luschei Prize for African Poetry judged by Gabeba Baderoon, with Kobus Moolman’s A Book of Rooms (Deep South, 2014) and Togara Muzanenhamo’s Gumiguru (Carcanet, 2014). The prize, established to promote African poetry written in English or in translation and to recognize a significant book published each year by an African poet, annually awards $5000 USD to a winning poet. This year’s winner will be announced on January 18. 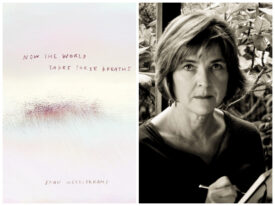 Of finalist Metelerkamp’s work, Baderoon writes, “Joan Metelerkamp’s poems carry vast empathy and intelligence and in this, her eighth collection, one reads with delight how delicately and lightly she wields her glorious poetic authority.”

Across the poems, Badernoon reads “a mother and her daughter, a mother and her mother – addressing an eternal tangle, the speaker finds no better metaphor than the quiet dark outside her window.”

the sea in the dead of the night, still

out there, still talking to itself, continuing, arguing,

the urging sea, the sea urges, breaking itself open urgently

slowly retreats, turns its back.

And like so, “The poems surge, return, sate their readers,” writes Baderoon.

Metelerkamp says of her work in this collection: “The poems are simpler and more formal from previous work; there is a narrative thread which runs from the start of the book to the end. I’ve done that before, but this time I hope cycle is more emphasised than story; because a marriage, perhaps Marriage, is the centre of the book’s plot, I think (I hope) it feels more socialised, more ritualistic, more ancient, more immediate, than some of my other work. It’s less argumentative than some of my previous books.”

On how it feels to be named a finalist for the Glenna Luschei Prize, Metelerkamp says, “I’m thrilled and surprised,” and she gives all thanks to Modjaji Books, a small independent press for southern African women’s writing.

Asked what a prize like the Glenna Luschei Prize for African Poetry (the only pan-African poetry prize of its kind) can accomplish, Metelerkamp is quick to point to the opportunity to foster new readerships, both in the United States and in Africa. The prize, she says, can “remind publishers of poetry, and poets: there are all sorts of different poets and poetries and readers and writers.” And, perhaps most importantly, “There are still people who really like books of poems!”

Metelerkamp’s Now the World Takes These Breaths is one of three finalists for the prize. Each finalist will appear in a separate feature, leading up to the announcement of the winner on January 18.

Joan Metelerkamp is one of South Africa’s foremost poets. She is the author of seven previous books of poems. Her poetry is quite different to that of most of her local contemporaries and has been favourably compared to that of Anne Carson and Louise Glück. Her work won literary prizes (SANLAM, Sydney Clouts) in the early 1990s, and later she judged the DALRO and Ingrid Jonker prizes. Her poems have been widely published in local and international anthologies of South African poetry, and she has taken part in readings and literary festivals in Europe and the United States, as well as in South Africa. She edited the South African poetry journal New Coin for some years and has also written poetry reviews and essays. She lives on a farm near Knysna.

Read more about Joan and her work at Poetry International, and purchase Now the World Takes These Breaths online at the African Books Collective, an Indie Bookstore, or Amazon. 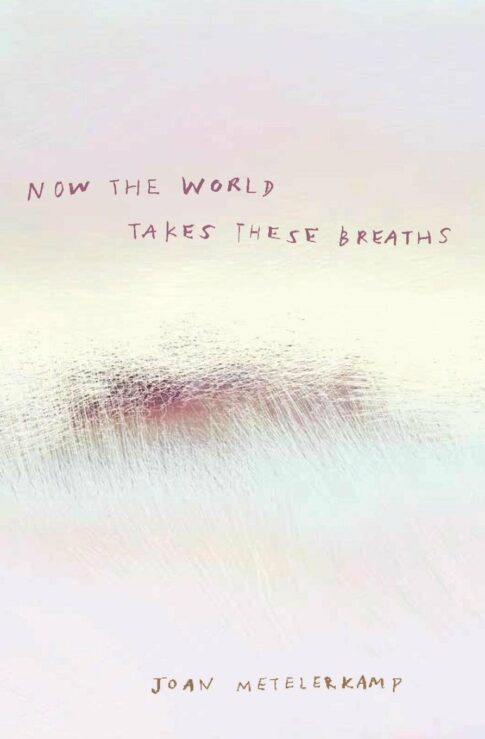