The African Poetry Book Fund, in partnership with the University of Nebraska-Lincoln’s literary journal Prairie Schooner, has named three finalists for this year’s Glenna Luschei Prize for African Poetry.

This year’s finalists are:

-A Book of Rooms by Kobus Moolman (Deep South)

This pan-African poetry prize, funded by literary philanthropist and poet Glenna Luschei, is the only one of its kind in the world. Established to promote African poetry written in English or in translation, it recognizes a significant book published each year by an African poet. Entries came from Zimbabwe, Cameroon, Nigeria and South Africa.

Each year, an internationally renowned poet judges the prize. Now in its second year, the number of entries has more than doubled, and the quality and diversity of books received provided the judge, South African poet Gabeba Baderoon, with a challenging yet enjoyable task.

“I read these books and many of the poems again and again.  The [finalist books] feel thoughtfully shaped, rivetingly intelligent and superbly crafted.  I found them a pleasure and an education to read,” said Baderoon. “Indeed, my horizons were vastly expanded by the extraordinarily well-realized poems in these collections.”

Baderoon is the author of the poetry collections The Dream in the Next Body and The Museum of Ordinary Life, among others. She received the Daimler Chrysler Award for South African Poetry in 2005. She is Associate Professor of Women’s, Gender, and Sexuality Studies and African Studies at Penn State.

During the first two weeks of January, each finalist will be featured on the APBF website in a special series celebrating their work. The final winner of the $5,000 prize will be announced on January 18th. 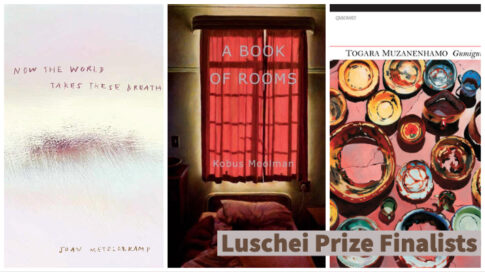