Clifton Gachagua’s collection Madman at Kilifi, winner of the Sillerman First Book Prize for African Poets, concerns itself with the immediacy of cultures in flux, cybercommunication and the language of consumerism, polyglot politics and intrigue, sexual ambivalence and studied whimsy, and the mind of a sensitive, intelligent, and curious poet who stands in the midst of it all.

Gachagua’s is a world fully grounded in the postmodern Kenyan cultural cauldron, a world in which people speak with “satellite mouths,” with bodies that are “singing machines,” and in which the most we can do is “collide against each other.” Here light is graceful, and we glow like undiscovered galaxies and shifting matter. And here as well, we find new expression in a poetry that moves as we do. 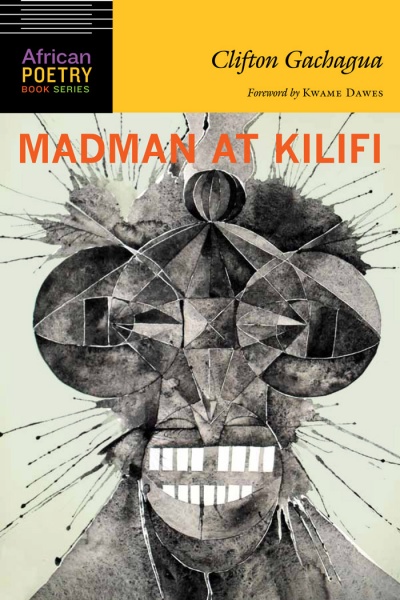