Tares Oburumu wins the 2022 Sillerman First Book Prize for African Poets is for his collection “origins of the syma species.” He is the tenth poet to win the annual Sillerman Prize. Oburumu will receive a USD $1000 cash award and publication of his manuscript as part of the African Poetry Book Series by the University of Nebraska Press.

Phillippa Yaa de Villiers, a member of APBF’s Editorial Board, praised the collection, saying, “’origins of the syma species’ conjures an intimacy which draws the reader below the surface of the known world ‘where curiosity animates.’”

Oburumu fluidly mixes music, religion, and political critique into his poetry, evoking pasts and futures. Two of his poems in IceFloe Press stand as powerful meditations on water and history.

Of the inspiration driving his own work, Oburumu said: “The relative chaos we find in the origin of things is the beauty that binds us to our ancestral roots.”

Tares Oburumu lives in Yenagoa, the South Side of the Niger Delta Region of Nigeria. He is the winner of GAP poetry prize. His works have appeared in Connotation Press, Bluepepper, Woven Tales Press, Afrocritik, and Eunoia Review, among many other journals. Find him on Twitter and Facebook for more amazing poetry.

The judges are also pleased to name the following manuscripts as finalists: “Winged Witnesses” by Chisom Okafor of Nigeria and “My First Country Was My Mother” by Afaq of Darfur, Sudan who currently resides in Philadelphia, USA.

Three of Chisom Okafor poems on Isele Magazine demonstrate the viscera he brings to his work. “Echo-cardio-gram” begins with a cut and cuts into the reader until the last couplet. Follow him on Twitter for more.

Afaq’s live performance of “On Stargazing from Rock Bottom,” posted on Linktree, captures the love and vulnerability that earned them a spot among the finalists. Check out their Instagram and Twitter for poetry and visual art. 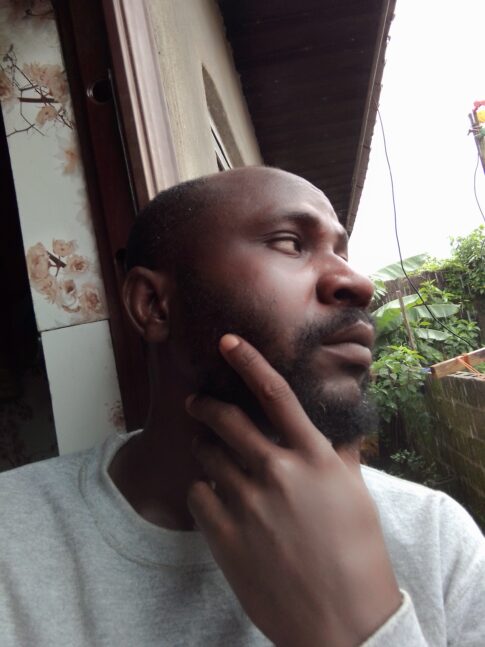