2017 is off to a fast start, marked by the release of three new collections published by the University of Nebraska Press. Titles include The January Children by Safia Elhillo, who is a winner of Sillerman First Book Prize for African Poets, Beating the Graves by Tsitsi Ella Jaji, and After the Ceremonies by Ama Ato Aidoo, a collection of new and selected poems.

The January Children by Safia Elhillo delivers a heartfelt personal collection, interweaving history, geography, and nation, as well as questions of identity and family under postcolonialism. Displacement and longing become dominant themes as Elhillo traverses concepts of Arabness and Africanness, but also wonderment and a healthy dose of tenderness.

Safia Elhillo is a Cave Canem fellow and poetry editor at Kinfolks Quarterly. Her work has appeared in several journals and anthologies including The BreakBeat Poets: New American Poetry in the Age of Hip-Hop. She is the author of The Life and Times of Susie Knuckles.

Beating the Graves by Tsitsi Ella Jaji explores the meaning of living in diaspora, mixing landscapes in rural Zimbabwe as well as the post-steel economy of Youngstown, Ohio, revealing the ordinary commonplace of living globally, but also writing with a restlessness that’s epitomized around concepts like family, language, and nation.

Tsitsi Ella Jaji is an associate professor of African and African American studies at Duke University. She is the author of Africa in Stereo: Modernism, Music, and Pan-African Solidarity.

After the Ceremonies: New and Selected Poems by Ama Ato Aidoo spans three decades touching on colonialism, gender, motherhood, and independence. After the Ceremonies is composed of three sections: new and uncollected poems, selections An Angry Letter in January and Other Poems, as well as selections from Someone Talking to Sometime.

Ama Ata Aidoo was born in Abeadzi Kyiakor, in south central Ghana in 1942. She studied literature at the University of Ghana, won a fellowship to Stanford University, and subsequently accepted visiting professorships in the United States and Africa. Her poetry collections include Birds and Other Poems, Someone Talking to Sometime, and An Angry Letter in January and Other Poems. 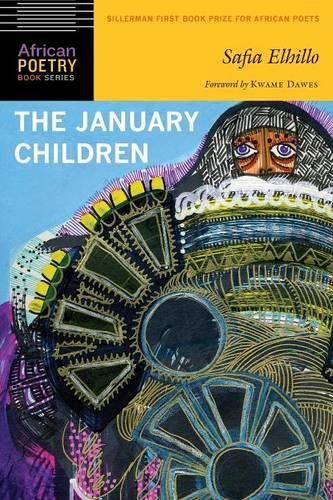